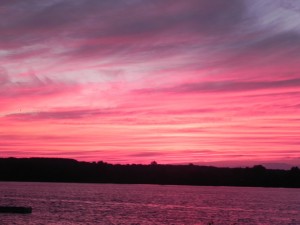 Not off as in on holiday, but off as in we are getting a pretty full on stream of calls finally. Slow start to this season – not a bad thing, actually. Full days, but not packed & running full tilt is clearly better for old guys. Not that Ross is getting old, or anything! (But he is)

Has a helper most of the time this year; Matt & Ross worked together way back when they started in pest control (for someone else). Matt went off and did other things for several years, but he was available this summer, so we grabbed him. Always easier to have two anyway – but mostly, Ross needed someone to keep track of his hat and his phone!

Bit of a pain juggling everything with me working at the College and not here to answer the phone. Email works; I still get to that right away – but phone messages, not so much! I keep thinking that I should check them periodically from work but … yeah… that usually doesn’t happen; sorry!

Have a lovely and pest-free day – but if not exactly pest-free, yep, we are still here and Ross will be happy to take care of your carpenter ants, spider webs, mice, bedbugs, and/or whatever else for you 🙂

And here’s hoping it’s a happy one all ’round.

We are still here – unlike what this blog would seem to show. My bad! Got a whole lot more hours at my second job than I anticipated. Finished there this month though, so I’m back to just teaching. And this, of course. Ross is supposed to be back to doing his glass work by this time of year, but moving his workshop downstairs turned into a pretty big renovation so I don’t think he’s made a single cut yet!

Still working though, of course, even though he’s getting somewhat crankier about crawlspaces and climbing up on rooftops….  in other words, he’d prefer if y’all could just have bedbugs  instead of mice! But yes, he will still deal with mice, bats, and other assorted critters …. just means I have to listen to more grumbling, is all.

If you have pest problems you would like solved, feel free to give us a call at 705.534.7863, or email me at ccpestcontrol@gmail.com …. Mondays & Fridays are my teaching days, so responses may take a bit longer … but otherwise I’ll get back to you asap.

Even though I have yet to send my annual email  (my bad – BUT I got through a condensed semester with all my marks done & submitted early AND got my gall bladder out last week, so…. yeah… )  I’ll get there!

But it was a beautiful day and a whole bunch of people decided the time was right even without that. Lots of phone calls and emails today. I THINK I have everything sorted so that Ross can deal with things while I work at the group home tomorrow. We shall see 🙂 I might need to print off calendar pages for him… hmmm ….

Anyway, we are here and we are getting sorted so please do feel free to give us a call at 705-534-7863, or email me at ccpestcontrol@gmail.com. Oh, and we’d love it if you followed us on Facebook as well, if you do that Facebooking thing 🙂 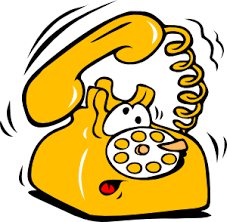 Well, the Bell tech that was supposed to contact us between 8 am and noon today never did, BUT on the plus side, the phone is indeed fixed.

So if you have any pest problems (that you didn’t bring into the world yourself, that is!) feel free to call, email or use the quote form and we will be happy to help. 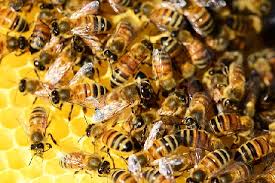 Well, I don’t know that I’m interested enough to spend money to set up hives – but did attend a beekeeping course this weekend. Mostly, I was hoping to get more information so that I’d be better able to help people that call about swarms of honey bees. We do get a fair number of calls about bees each year…. and have yet to find a beekeeper in the area that wants anything to do with them.

Fortunately, only some of them actually turn out to actually be bees – except in the case of swarms. Wasps of any variety, we have no qualms about treating, but with so much in the media about bees dying and how that will impact pollination and food production, we’d hate to harm any more than absolutely necessary.

Interestingly, one of the very first things I learned about bees is that they don’t actually belong here! Bees are imports; they don’t like Canadian weather. But they do so much good for food production that it’s worth it to continue to help them to survive here. And clearly, if’s very possible to do so, if one knows what one is doing (and is willing to invest the time & money to do things properly). And it can be a profitable enterprise as well.

I did not, however, learn a whole lot about dealing with swarms! Which wasn’t at all surprising, as it was an introductory course meant for potential beekeepers, not really for me. He did talk about when and how they happen though, and that, in combination with further research, has given me rather more to go on. Think I’d want to do a whole lot more learning before we would actually feel qualified to DO anything though.

And of course, there’s little/no point to collecting a swarm unless one has a place to relocate them to. Suppose we could purchase a hive and supplies and hope for a swarm call to come along – but that seems like a fairly big investment for something that may or may not happen.

Anyway, we shall see. For now, though, we shall continue on as we have been, which is to identify the pest, and figure out the best way to handle it. In most cases, a bee swarm really isn’t near as big a problem as people tend to think. They are in search of a new & suitable home, and as long as you’re not providing them with that, they will soon move along.

Spiders that are commonly found in Canadian homes include house spiders, wolf spiders, cellar spiders, fishing spiders and, much more infrequently, black widow spiders. These spiders are usually found in corners of rooms, closets, boxes, dark crevices, basements, garages, and gardens. There are only a few species in Canada are that considered to be health threats.

One of the most common misconceptions about spiders is that they are classified as insects. This is not true—they are arachnids and are closely related to mites, ticks and scorpions.

Spiders have 2 body parts—the cephalothorax and the abdomen—8 legs and generally 6-8 eyes. The average life span of a spider is usually between 1-2 years however, some can live up to 5 years and in extreme cases up to 20 years.

Spiders lay eggs in a silken egg sac that is often ball-shaped and is either hidden in a web, carried by the female or affixed to a surface. Each egg sac can house up to several hundred eggs (aka. Several hundred baby spiders). Spiders will shed their skin (aka molt) usually between 4 – 12 times before they reach maturity as they are growing.

All spiders produce silk, which is secreted as a liquid through the spinneret e and hardens with air contact. This silk is used for a variety of purposes such as making the egg sacs, capturing and holding prey, making shelters or retreats and for transferring sperm during mating.

Spiders are predators when it comes to insects and other spiders. They will typically feed on live prey by producing a venom that is poisonous to the prey. This venom is injected into the prey through their hollow fangs to immobilize the prey so they can begin the digestion process.

Because spiders can only ingest liquid, they will either inject or regurgitate digestive fluids into their prey and then they will suck in the digested liquid food.

Spiders also have a number of tactics for capturing their prey. Some species will use webbing to catch their prey, while active hunters will hunt down their prey.

So, you want to get rid of your spiders? Well the simplest method to controlling the population of spiders inside your home is to reduce the population of insects within your home, so the spiders will seek out a more dependable food source outside. Control of spiders is best achieved by following an integrated pest management (IPM) approach that involves multiple tactics, such as preventive measures, exclusion, sanitation, and chemicals applied to targeted sites.

Cottage Country Pest Control can help with this. We can come in and use a pyrethrum-based spray to eliminate the spiders from your home (both inside and outside) and also on docks, boats, garages, sheds, etc to help the outside of your home or cottage look cleaner. We also have the option available to use other environmentally conscious methods as well if that is your preference. We recommend that you book your spider spray as soon as you start seeing an excessive amount of spiders in your home, but the best time is around May since that is usually when they start showing up more (it really depends on the conditions). We also recommend booking a spider spray for early spring so that spiders don’t have the chance to make their webs in the first place.