Even though I have yet to send my annual email  (my bad – BUT I got through a condensed semester with all my marks done & submitted early AND got my gall bladder out last week, so…. yeah… )  I’ll get there!

But it was a beautiful day and a whole bunch of people decided the time was right even without that. Lots of phone calls and emails today. I THINK I have everything sorted so that Ross can deal with things while I work at the group home tomorrow. We shall see 🙂 I might need to print off calendar pages for him… hmmm ….

Anyway, we are here and we are getting sorted so please do feel free to give us a call at 705-534-7863, or email me at ccpestcontrol@gmail.com. Oh, and we’d love it if you followed us on Facebook as well, if you do that Facebooking thing 🙂

I joke sometimes that Ross kills things; I do everything else – but the truth is that a lot of what he does as an exterminator – especially one that believes strongly in Integrated Pest Management (IPM) who has been green since long before it became a ~thing~ – a lot of what Ross actually does involves NOT killing things.

Bats, raccoons, skunks, squirrels & chipmunks, for example – when dealing with these sorts of issues, the focus is on humane removal, exclusion, and prevention. No killing. Fortunately, Ross has years of construction experience on top of his exterminator’s license; that’s part of the reason he is really good at figuring out what’s causing the problem(s) and how to fix it – for real. And he tells people, too!  And let’s them handle it themselves so that it’s cheaper, even.

Similarly, when dealing with birds, our preference is always for actually solving the 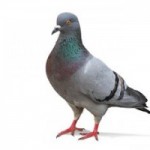 problem. We could, in some situations, use poisons which kill birds. But why the heck would we want to? If you are offering birds a great location, as soon as you take out the current inhabitants, new ones will just move in anyway.  IPM offers a far better approach – figure out why they’re coming and fix that. Existing birds will leave, and others won’t take their places. Win, win.

Of course, bedbugs and other assorted wee pests that can cause damage to people or property must die, and we’re okay with that.

No matter what sort of pest problem you have, if you are in & around Tiny, Tay, Simcoe, Port Severn, Parry Sound, Muskoka, Ross will be happy to help you with it. Just give us a call at 705-534-7863 or email us at ccpestcontrol@gmail.com. Or you can fill out our handy-dandy quote form (which I need get around to modifying a bit one of these days!)