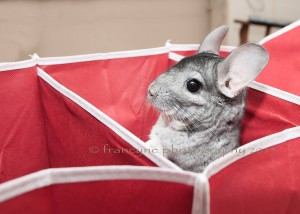 Pets can be pests too – but they’re much cuter 🙂

Not because I thought they would be – but because I would never have thought that they might be in the first place! Doesn’t seem, to me, as if it even needed saying.

Of course,  a determined rodent or two can make short work of whatever takes their fancy, as I learned when my new chinchillas got access to a bit of window frame for a very short time (stupid cover fell down; oops! It’s a good thing they are cute).  And we have seen significant amounts of damage caused by a few hungry woodpeckers in search of carpenter ants once or twice. Distressing – but highly unlikely to ever be covered by insurance. I wouldn’t have even thought to ask, actually.

Pretty sure insurance companies expect that we keep the rodents out (or in cages if they happen to be cute!), and deal with carpenter ant problems long before the woodpeckers show up.

It is always cheaper to prevent a problem than to solve one, or to intervene when it’s small rather than waiting until it gets big – and Ross at Cottage Country Pest Control is always happy to help you to save time, money & aggravation. Give us a call at 705-534-7863, or email ccpestcontrol@gmail.com and we will be happy to help.